June 30, 2019
This blog explains how to create your own yum repository with the createrepo tool and to distribute specialized packages within an organization. In this blog I have given an example of kernel RPMs repository.

How to setup git and configure send-email

May 20, 2019
The following steps will explain how to setup a git on Ubuntu bash shell  and configure your mail ID.

sudo apt-get install git git-core
You can also clone, compile and install the latest version of the git

lsb_release -d
To update to Ubuntu 18.04 on Windows 10, first update and upgrade all the packages.

Checking for a new Ubuntu release Please install all available updates for your release before upgrading.sudo apt-get dist-upgrade
And now you all set to do the release upgrade.

sudo do-release-upgrade
You will be asked to intervene twice during the upgrade process. The first time, Ubuntu will ask you if you want to install the latest version of the sshd_config file. You can keep the current version, or you can get the latest one.

Next, a little further during the upgrade process, Ubuntu will ask you if you want to remove obsolete packages. You can choose to remove them…
Post a Comment
Read more 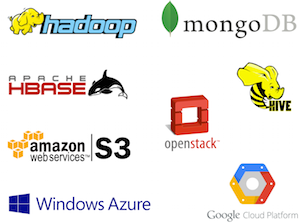 Apache Drill on ARM64
What is Drill ?
Apache Drill is a distributed MPP query layer that supports SQL and alternative query languages against NoSQL and Hadoop data storage systems. It was inspired in part by Google's Dremel.  Apache Drill is an Apache Foundation project.
Query any non-relational datastore
With the exponential growth of data in recent years, and the shift towards rapid application development, new data is increasingly being stored in non-relational datastores including Hadoop, NoSQL and cloud storage. Apache Drill enables analysts, business users, data scientists and developers to explore and analyze this data without sacrificing the flexibility and agility offered by these datastores.
Drill supports a variety of NoSQL databases and file systems, including HBase, MongoDB, MapR-DB, HDFS, MapR-FS, Amazon S3, Azure Blob Storage, Google Cloud Storage, Swift, NAS and local files. A single query can join data from multiple datastores. For example, you can join a user pro…
Post a Comment
Read more

January 15, 2019
The laptop come with default ubuntu installed.  In that case the username, usergroup they have created by default.  This blog explains you how you can rename the default username and group with your own username, group.

Unix-like operating systems decouple the user name from the user identity, so you may safely change the name without affecting the ID. All permissions, files, etc are tied to your identity (uid), not your username.

To manage every aspect of the user database, you use the usermod tool.  To change username (it is probably best to do this without being logged in):

STEP 2: Change your root password with the command "passwd"
This is just tobe secured in future,  because one can easily hack your laptop with your default user password.

August 15, 2018
Overview:
In this blog we try to explain about Ambari and its uses, Status of the Ambari on ARM64.
Apache Ambari is an open source administration tool deployed on top of Hadoop cluster and responsible for keeping track of running applications and their status. Apache Ambari can be referred to as an open source web-based management tool that manages, monitors and provisions the health of Hadoop clusters.
The Apache Ambari is currently one of the leading projects running under Apache Software Foundation.  The reason is that Ambari eliminates the need for manual tasks used to watch over Hadoop operations. It gives a simple secure platform for provisioning, managing and monitoring Hortonworks Data Platform (HDP) deployments.
How Apache Ambari came into existence
The genesis of Apache Ambari traces the emergence of Hadoop when its distributed and scalable computing took the world by storm. More and more technologies were incorporated in the existing infrastructure. Gradually Hadoop matured …
Post a Comment
Read more
More posts